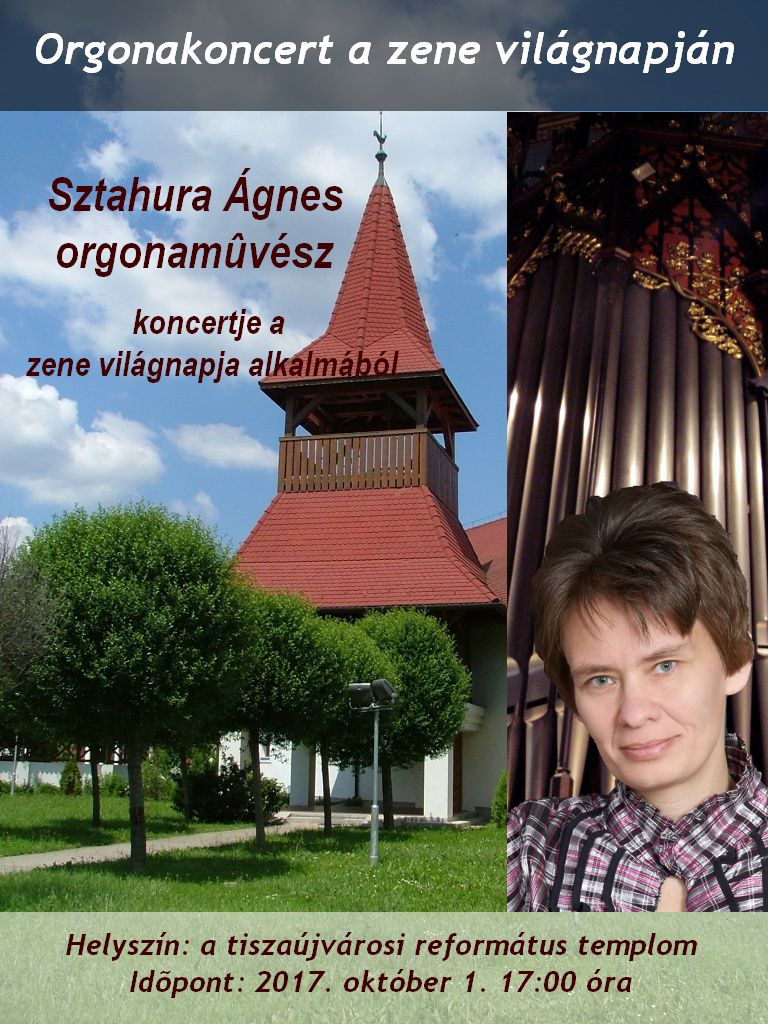 At seven years old she started to interested in music in Tiszaújváros, where her teachers realised her sensitivity and her talent soon. After they moved to Miskolc she studied in the elementary school on Fazekas Street in a musical class, from there she went to the Bartók Béla Academy of Music Specialized Secondary School in Miskolc for Organ–Church music academic specialization. Her individual technique, fast adjustment and remarkable talent with the organ was developed quickly in that school.

At seventeen years old in 1995 – she had the first remarkable concert experience, as a special prize she won the right to give a concert with the Doráti Chamber Orchestra from Salgótarján.

At ninteen years old in 1997 – as an organist she performed in László Kátai’s Requiem’s world premiére.

She continued her studies at the Liszt Ferenc University of Music, both on organist-teacher and church musician profession. During the university her teacher and master, Gábor Lehotka had the most impression on her. He always supported and developed her individual style. During these years she took part in David Titterington’s master class several times.

During and after the university she was a constant participant in the musical life of Miskolc and the outskirts, Hungary and the Carpathian basin. She gave many concerts as a concert organist as well a guest perfomer. She gets invitations regularly for church and state celebartions from many parts of the country as well from beyond the frontier with the contribution of the Hungarian Embassies.

In her daily job she is working as a piano-teacher, which gives her the opportunity to help the talented youths. As a church cantor she can speak to the people with her music, her voice and with the conduct of the church choir.

„ Filled with God and Faith.”

„We are passing through the earth. The talent we got we use to give more love and good to the world.”-Ágnes Sztahura

Other Studies in Music:

Invitation of the Hungarian Embassy, Zagreb

Orthodox Church (during the week of Bach), Miskolc

Parish of the Holy Trinity, Szikszó

Premiére of the record in the Parish of St Péter and Pál, Miskolc